The Art of Manliness

The Rise and Fall of Athens

In a period of only about 100 years, Athens went from relative obscurity, to becoming an influential empire, to collapsing into ruin.

In a period of only about 100 years, Athens went from relative obscurity, to becoming an influential empire, to collapsing into ruin.

My guest today will guide us through the dramatic arc of this city-state and the larger-than-life characters that contributed to it. His name is David Stuttard, and he's a classicist and the author of Phoenix: A Father, a Son, and the Rise of Athens, and Nemesis: Alcibiades and the Fall of Athens.

We begin our conversation with the rise of Athens and why its aristocratic families decided to institute a radically democratic form of government. David then walks us through how the Persian invasion catapulted Athens to power in Greece. Along the way, David explains how a father and son named Miltiades and Cimon led Athens to power. We then shift our attention to the fall of Athens and how it was precipitated by the Peloppensian War with their one-time ally, Sparta. David introduces us to the made-for-Hollywood character that would play a pivotal role in Athens' fall — the handsome and charismatic aristocrat and serial traitor, Alcibiades. We end our conversation with the lessons we moderns can take from the rise and fall of Athens.

Resources Related to the Podcast 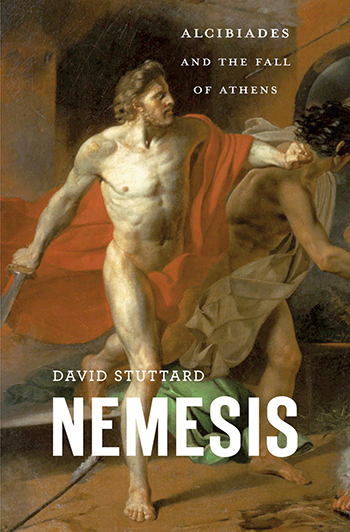